Why Sheffield’s legendary Leadmill music venue must be saved 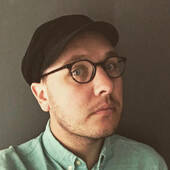 On Thursday Sheffield music venue the Leadmill revealed some unexpected news. ‘Today we have received some devastating news,’ it announced. ‘In one year’s time, our landlord is evicting us and forcing us to close.’

This was met with widespread shock. Artists including The Pogues, Billy Bragg, Self Esteem, Sleaford Mods and Tim Burgess all voiced support, as did other venues like Leeds’s Brudenell Social Club and Manchester’s Gorilla, while local MPs Paul Blomfield and Louise Haigh also expressed the need to fight and save it.

Now the landlords, Electric Group, have issued a statement saying the building will still be used as a venue, but the Leadmill as it exists – its name, its staff, its independence – may all go. So, what does Sheffield stand to lose?

The fact you have such a wide-reaching number of voices showing support for the Leadmill is indicative of its impact and legacy. It has been running for 42 years, initially opening in 1980 in a derelict flour mill and was as much a social and community centre as it was a radical performing arts space. The venue quickly became home to a burgeoning scene, with bands such as Pulp, Cabaret Voltaire, Clock DVA and Artery all playing some of the earliest shows.

From there it had a 40-year run as one of the most important pit stops on the UK touring circuit, playing host to countless bands that would go on to be huge (Oasis, The Killers, Arctic Monkeys, Coldplay, Kings of Leon, you name it). But it was also a home for acts that would never go on to fill arenas and who, if it weren’t for the Leadmill, may not have a suitable-sized venue to play in Sheffield.

Not to mention the significance and stature that it holds for local bands, many of whom work their way up from a small room gig or support slot to a headline show. The sheer volume and variety of artists that have played there presents a truly incalculable cultural contribution to Sheffield.

One Sheffield artist who has stepped on the Leadmill stage more than most is Adrian Flanagan, who has performed there with outfits such as The Moonlandingz, International Teachers of Pop and Kings Have Long Arms. ‘The Leadmill is a Sheffield institution,’ he says. ‘A rite of passage. A place where memories and futures are made and the next generation of Sheffield indie pop stars are born. I’ve headlined and curated lineups there many times and as an independent artist operating on a DIY budget, the Leadmill has always supported and given my musical endeavours the run of the club. They are a joy to work with.

Kate Jackson, lead singer of the Long Blondes, also credits the venue with helping get their career off the ground. ‘As a relatively new band in the early 2000s, before we got signed or had much radio play, the Long Blondes were given opportunities to support bands like Arcade Fire and Arctic Monkeys at The Leadmill,’ she says. ‘Later, when we came back to headline, it was our home. It’s a real venue, full of grime, sweat and the smell of stale lager, and it sounds great in there. It’s the reason why people like me moved to Sheffield in the first place and went on to form bands.

Rebecca Taylor, who performs as Self Esteem and is from nearby Rotherham, said it was impossible to overstate the venue’s importance. ‘Deeply devastating to imagine a place so seeped in such cultural nostalgia, heritage and relevance to become something that is part of another property portfolio,’ she says. ‘Can something on a property portfolio, run outside of the city, create ‘I was there’ moments for audiences? Can it be a vital part of a community? Can it give mid-level bands the opportunities to create, experiment, make mistakes? My heart is heavy. Long live the Leadmill.’

There’s not a music fan in Sheffield who doesn’t have their own Leadmill gig story (nor many outside of it, either). Many took to Twitter to share their memories, including MOJO Editor John Mulvey who recalled Jarvis Cocker organising a game of musical statues to Nirvana following a Pulp gig at the venue in 1992. The Cribs, meanwhile, fondly recalled their time as crowd-surfing teenagers before they played on that same stage themselves.

The Leadmill was a key reason I moved to Sheffield. Coming from a small market town with no gig venues or record shops – just pubs and chippies – it was massively important I went to a city with a thriving music hub. The notoriety and legacy of the Leadmill, as seen in gloriously sweaty pictures in the NME live reviews section, was enough to swing my decision.

It became a hugely important part of my social and musical life. With no friends in a new city I would go to gigs and club nights alone and hope that people would notice my little Velvet Underground pin badge on my jacket lapel and strike up a conversation. It worked and many friendships I hold very dear to this day were born there, dancing under flickering lights on sticky booze-soaked floors or having my ears clattered by the endless stream of bands.

My friend and I spent many a day sitting on the floor outside that venue drinking cans and queuing for hours to try and get our hands on the last on-the-door tickets for gigs that had sold out. That same friend once took his girlfriend to see an unnamed Canadian band there and she left him for the drummer that night and joined them on the tour bus. It didn’t stop him going back week in, week out, with gusto.

An update to Thursday’s story suggests that landlords, Electric Group, may look to continue to operate it as a venue themselves. Dominic Madden, the CEO and co-founder, said: ‘The management may change but the song stays the same.’

So, without a definitive plan in place, whether this means a new chapter for the Leadmill rather than the end remains uncertain. But regardless, as a proudly independent music venue of more than 40 years moves into the hands ​​of Electric (a joint venture between Madden and Jake Lewis, whose family owns fashion chain River Island) it feels like an important time to stop and reflect on the vital culture that independent music venues offer, plus the ineffable spirit behind the Leadmill that served up so many life-changing gigs.

As Kate Jackson, of the Long Blondes, puts it: ‘If it goes, or is replaced with something more sanitised and corporate, then a part of Sheffield will die.’

Get us in your inbox